Women make up 50.8% of the US population and 46.9% of the workforce. When women take collective action, we can disrupt the status quo.

When organizations embrace diversity, institutionalize equity and embrace inclusion, everyone wins. According to Fundera 20 Diversity in the Workplace Statistics to Know for 2021 (fundera.com) not only are highly gender-diverse executive teams 21% more likely to outperform on profitability.

Dictionary.com made allies the word of the year for 2021. What will it take for us to put ALLIES into action and drive for gender equity in 2022? What actions will you commit to today for 2022? 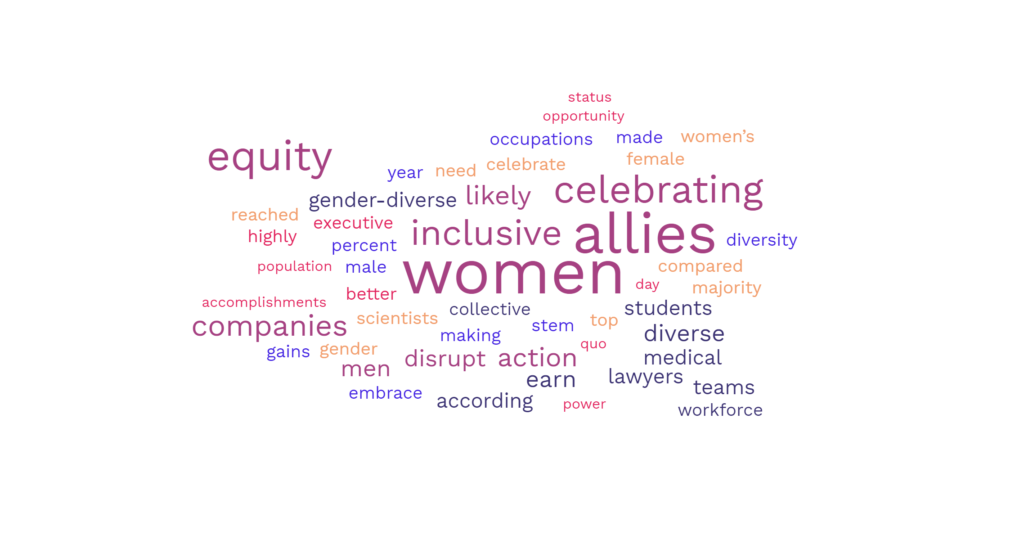