Igniting a new flame: what’s next 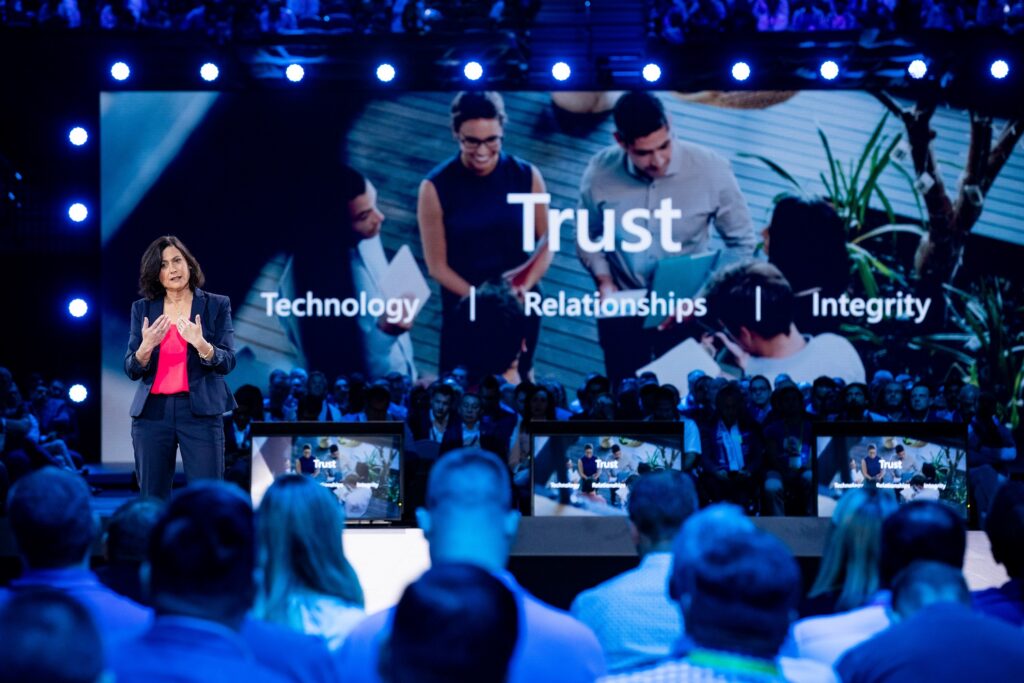 I am excited to share that after 25 years of working on and leading some of the most innovative Microsoft products and launches, working across multiple business transformations and partnerships, I have left Microsoft. I have joined forces with several prominent organizations poised to address one of the most critical blockers in future technology innovation – diversity, equity and inclusion.

I have joined the board of several leading organizations including Women in Cloud, Women in Technology Network, International Association of Microsoft Channel Partners, the SHE community, the Women’s Business Collaborative, Corent Technology, chairman of the advisory board for Artificial Solutions, and strategic advisor to Berkshire Partners to focus on bringing more diversity, equity and inclusion into the tech industry.

This is a big change for me to be able to do something that I am truly passionate about, and use my voice and you, my network, to drive change. Here’s why.

5 years ago I had a rude awakening.  I was speaking to a room of women and transgender people talking about their various experiences at work.  As I was listening to them tell their stories of times when they felt dismissed, disconnected, overlooked or invisible, I realized that many of the specific experiences they had were shared experiences.  There were commonalities in the microaggressions that they were experiencing. On their own these were small, but over time built up into insurmountable walls for many of these women to progress and succeed in their teams.

As I ruminated on their experiences and interactions with the members of their teams, I realized that I too had experienced many of these same microaggressions over the course of my career.  But I had attributed the reasons for those bad experiences as being my fault – something I had done or said that had brought about the microaggression against me.  As a consequence I had pivoted, changed my behavior, developed ways to respond and succeed in the face of those challenges.  What I realized though, was that I had also become numb to the microaggressions. It wasn’t that these things still didn’t happen to me, but I had worked for so many years on my response to them that it was second nature to respond, and I no longer noticed.

I also realized that my numbness was a bad thing.  I was now a leader in the organization and if I did not address these microaggressions with more intention, it would not correct the unconscious behaviors that enabled those actions from continuing.  That was when I decided that I needed to take intentional action to become an ally and to act with greater intentionality.

Over the last 5 years, my awareness has been tuned to look for these opportunities and I have become more conscious about what behaviors my allies have employed to successfully support and sponsor me over the years and how powerful those moments were in my career.  I have decided that I want to spend all my time building momentum, educating people and raising their awareness to the power of allyship and the behaviors allies demonstrate.  I would love to live in a world where everyone had an ally in every room they walked into.

I want to thank Microsoft, the Microsoft partner community and all the allies that have supported me along my own journey.  I look forward to our continued collaboration and your support in making my dream a reality.

Being an ally is so critical to enabling women, non-binary people, LGBTQ people and people of color to thrive in your workplace, your communities and in our lives that I will be building on my framework on how to BeCOME an ally delivering a series of articles and talks over the next few months on what those behaviors that #ALLIES demonstrate are.

As part of my network of allies, I would like to encourage you to share your stories.  Who are your allies, what did they do for you, how did that make you feel?  Let’s work together to build this momentum and create a more inclusive workplace.

I hope you will join me in this endeavor by committing to #BeCOME an ally and to take intentional action to increase the diversity in your own organizations.

Please follow me to learn more and #BeCOME an ally today!